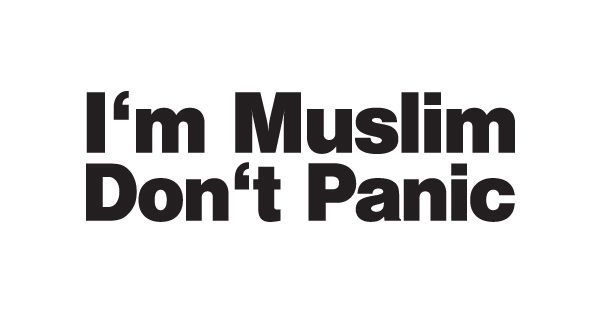 In my 34 years of life i have for sure faced much disappointments but i guess that the fear for my Islam has been the biggest one. Terrorism a word so heavy that most hearts cant carry the grieve it brings along, i have been its keeper as a Muslim. My heart, mind and soul have been dragging the pain, the guilt and the responsibility for the deeds of mentally disturbed bad people who call themselves also Muslim. I am the keeper of your prejudice, i am the keeper of their sins, i am the keeper of a huge weight that has been making me tired! But no more!

Every time someone commits a crime and it is made public i pray to that same god that most western people see as a monster, ‘’Allah please let it not be a Muslim.’’ The #Muslimterrorism is considered one word for most news channels , political parties and social media platforms. I thought being a refugee was hard but try being a refugee who believes in Allah. That burden is to heavy for every shoulder to carry. In the Netherlands you have to follow integration courses to become a Dutchman. You are given the honor of a ceremony when the time comes and you have to pledge your loyalty and love for the Dutch constitution, rules and ways of living. From that moment you can call yourself a Dutchman. It is like committing in a marriage. You say your vows, you promise things and trust that the tittle given to you as wife or husband will build a relationship of love, honor, trust, acceptance and happiness. At least that is what me and many like me thought when they committed to the Dutch society. Never did i know that i would become the keeper of your prejudice about me , my ethics and religion. We have become a society that everything said against Muslims is a freedom of speech. Everything that hurts Muslims is an act of divided loyalty by them. You can be a Dutchman and believe in Buddha, you can be a Dutchman and believe in Jesus, you can be a Dutchman and believe in science, or Krishna, but you cant be Dutch and believe in Allah. The moment you do come out for your believes, you are tested in your loyalty by distancing yourself of every bad act committed by every bad Muslim in any country in the world. Do we make every Jew feel guilty for the inhumanity in the Gaza? Do we ask every Christian if they distance themselves from child abuse? Do we ask every Hindu if they are against rape and violent against woman? We dont ! And we shouldn’t!! But why do we always assume that Muslims have a collective pack that they are responsible for the deed of each other?
Individuality is a great trade of democracy but when talking about Dutch citizens who believe in Allah we judge them as a collective responsibility.

Why should I be sorry for the fact that a lunatic, who probably was mentally disturbed and bad to the core , beheaded someone in France? Because he shouted Allah O Akbar? Because i pray to a god who is pronounced Allah? Because i believe in the Quran you found at his house? I am a Dutch citizen and i condemn violence and inhumanity committed by every color, age, gender, religion or nationality. But please stop doubting my loyalty as a citizen when i worship a god some misuse. Dont make me say it out loud that its wrong because i hold the same book. Dont question my honesty because i choose to love my prophet and dont call me intolerant when i am offended when someone mocks the person i love. Wont you feel sad, mad or frustrated when someone offends your mother, your father, your core or your child? You would! And you should! Because you love them! When you try to stand up for your loved ones by displaying your dissatisfaction no one labels you as extremist. Then why do we call people intolerant and violent when people who connect on a level of hope, respect and guidance to a mentor, a teacher, a purpose get frustrated when their core and believe is humiliated and disgraced? Why dont we show empathy? Why dont we share our respected points of view with acknowledgement that this may hurt some people. And you dont have to be a extremist or a terrorist to get hurt by the things said and portrayed.

In this country our Constitution has given us freedoms. To protect us and to give us swings.
The freedom to say and think whatever we want so that we grow as a society, so that we keep each other grounded and awake and so that we could evolve as a community. Evolving as a society is our duty to that right called ‘’freedom of speech’’. But how are we evolving if we keep on mistrusting each other and blaming each other? How can we fulfill the will of growth if we cant trust each others motives? If we can live next to each other, we will be able to live with each other. In order to do that we dont need to agree on everything but we have to respectfully agree to disagree. We need to stop making every Muslim the keeper of a terrorist. We need to end the marriage we have conducted wrongfully between a Muslim and terrorists. Muslims are not terrorists, Muslims are sick and tired of being asked to distance themselves from terrorists. You distance yourself from what you are close to. The Islam and many muslims are not close to terrorism. So if there is no connection between the Islam and terrorism then asking me, us, them to distance is an act of ignorance and stupidity! And hereby i ask the media and its followers to distance themselves from ignorance and stupidity!

If you have amazing stories, suggestions or questions click on the mail icon and send me an email! Dont forget to subscribe!